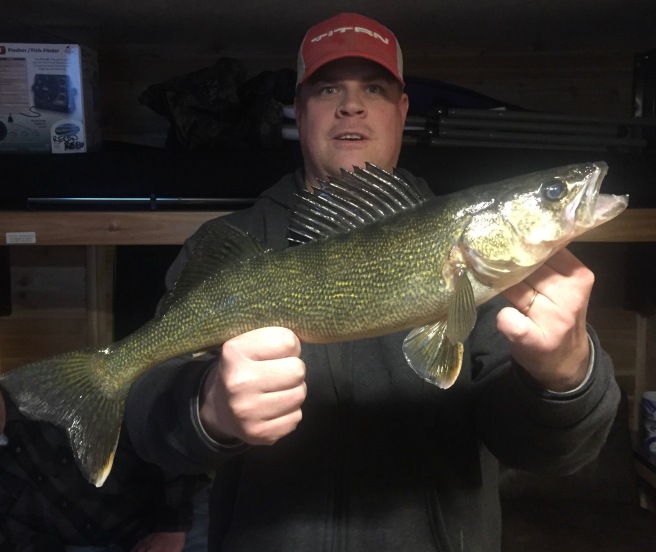 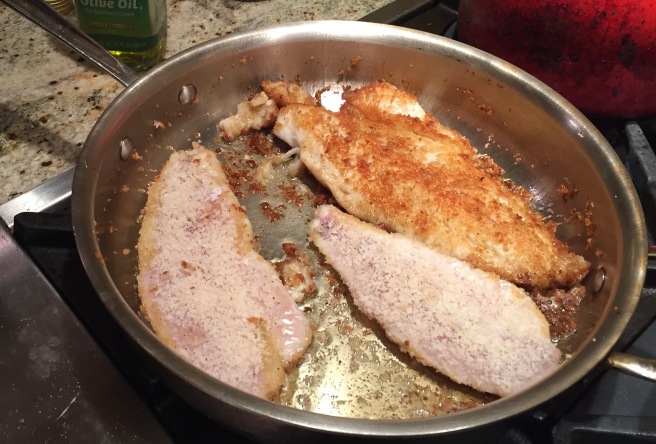 Ice fishing. Hmmmm. Sounds suspiciously like goofing off while I manage hockey (it was hockey day in Minnesota on Saturday, I attended/watched 8 games this weekend, capped off by a game winning goal in OT–way to go Av! My mother of the year award will be arriving anyday now.)

As proof of his conquests, Matt did bring home walleye, which was delicious. I think it’s even better in winter from the cold clear depths. It doesn’t need anything more than salt, pepper and panko in olive oil/butter, squeeze of lemon.

But that got me thinking about what it is to eat something that you kill. It’s hard for me to say that and I know some of my vegan readers will agree. I’m not a big meat eater and it is not uncommon for us to have a vegetarian family meal. Matt doesn’t hunt and very very rarely does he keep fish. I truly thought about this as I made dinner last night and whether my current lifestyle allows me this luxury to think like this.

For me being a “picky” meat eater comes from the experience of touring a pork processing plant many years ago. It was enlightening–How the animals are treated and what it’s like to work in a place like that. (Anyone who wants a cheap hamburger should tour one to understand why it costs $1.)

More of the developing world can afford meat, and so we produce more (along with directing more of the plants we grow to feeding them). And on the other end of the spectrum, more people are choosing not to eat meat at all or only responsibly sourced.

Where do you fall on this spectrum and how would you justify it to a teenage boy (who both needs and enjoys the protein, but sees how we’re overconsuming the world’s resources)? Would you have released the walleye? 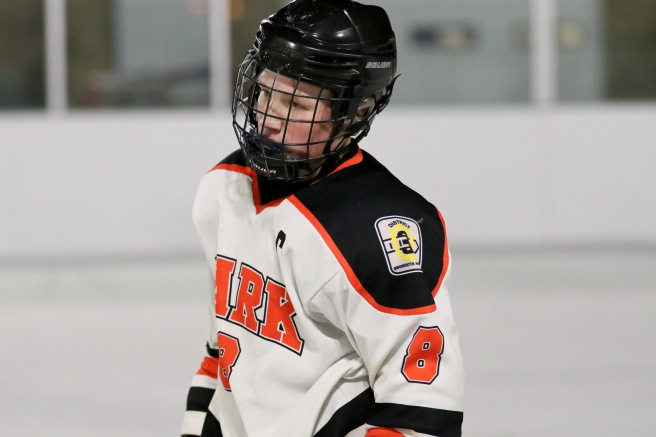 Minnesota is a tough place in the winter, which, btw, lasts from November til April. It’s cold and snowy. But it’s especially  cold ‘up North’. In the summer ‘up North’ means beautiful days lounging on the lake, fishing, boating and swimming. In the winter, that means a harsher version–ice fishing, snowmobiling and the general consumption of large amounts of alcohol.

It’s a tradition in the hockey world to take a trip to the hockey mecca of the Iron Range ‘up North’ (for you music fans, this is the birthplace of Bob Dylan too). Hockey is a big deal and the entire towns are part of supporting the tournament.

This year, the boys chartered a bus for the 8 hour drive (just skirting the Red Lake Indian Reservation) to Roseau. It’s an entire 3-day weekend devoted to hockey. The coolers were packed with beer and snacks to supplement the “pot lucks” offered by the host team.

The ice arena is conveniently located next to the American Legion, where the dinners are hosted (and dads can enjoy pre-game festivities). This trip is generally boys only, so I asked them to take a couple pics to give me a sense of the experience.

They love the generosity, sense of community and hearty, resolved people that embrace this harsh environment. The food and life are much simpler, and hockey is the most important thing going on. 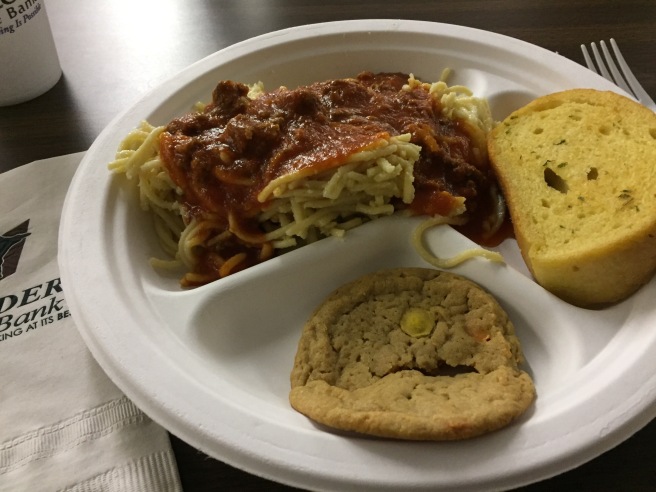 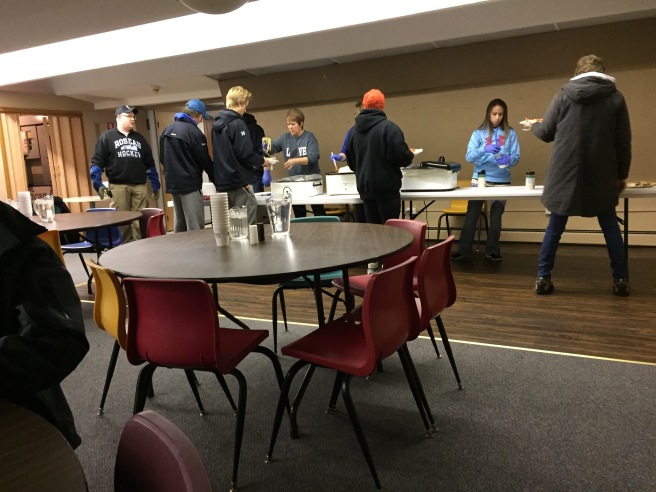